The lore of opals is plentiful, just like the variety of colors found in this fascinating, kaleidoscopic gem. The Romans believed it was the most powerful of gems and named the stone "opalus". The Greeks thought opals gave them the power of prediction. Europeans saw a symbol of hope, purity and truth. One famous opal "The Burning of Troy" was given by Napoleon to Josephine.

Internal diffraction is what creates the colors you see in an opal and provides its shimmering iridescence. The colors dependent on the size of the silica spheres within the stone. Small spheres show blue, the largest show red and other colors too. The value is determined by the amount of color play within the stone although for many the colors and patterns favored are personal taste. 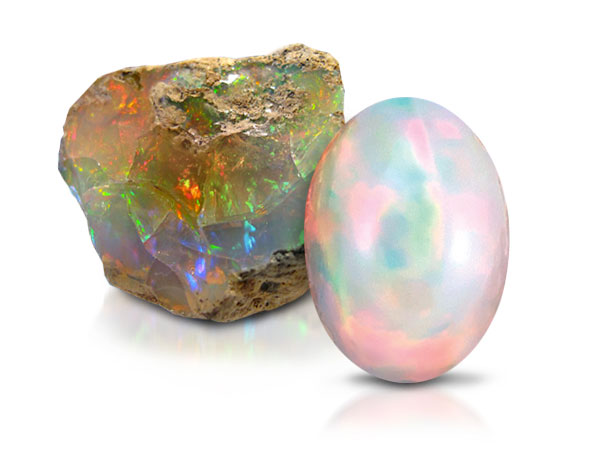 "What Le Vian® loves about Ethiopian Chocolate OpalTM is the unmatched iridescence, the flavorful body, and the higher hardness and durability compared to the milky look and softness of the Australian variety."

"Le Vian® chooses only those natural brown diamonds that are C4-C7 and higher in color, SI and higher in clarity, each cut to Le Vian®’s standards, and sourced directly through Le Vian®. Le Vian® is the only company on earth to make jewelry with Chocolate Diamonds®.”

The journey of a diamond in the rough to the sparkling diamond design you love is a fascinating story, one that began billions of years ago, deep within the earth where a diamond has formed under extreme heat and pressure. Its ascent from its natural home is forced by nature or man where it is then cleaved, cut and polished revealing its natural beauty. Diamonds are the hardest material on earth and the only gem that is composed of only one element, carbon.


Your reservation has been received. Thank you!

This item is subject to availability. Reserving this item does not guarantee receipt of it.