Back to Item Gallery 5018RED-RED-
You may also like
View

In its purest form, quartz is colorless but is also found in many spectacular colors. Le Vian® offers many different flavors of quartz in its collections including its 2014 Color of the Year Chocolate Quartz, one of the flavors in the Chocolate CravingsTM trend. This delicious quartz brings the flavor of Le Vian Chocolatier® to a new level with its high clarity and luster plus big and bold Chocolate flavor exquisitely revealed through Le Vian®'s proprietary gem cuts. The warm neutrality of Chocolate Quartz® offers the perfect complement to the fashions of today and tomorrow. 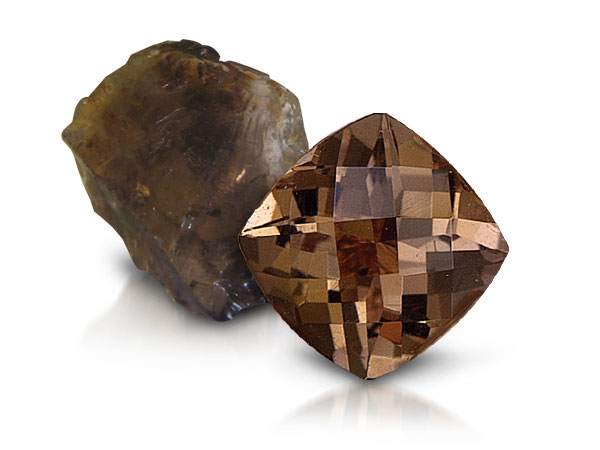 "Chocolate Quartz®, the most delectable flavor from the quartz family, known for its heartbeat and energy, is Le Vian®'s 2014 Gem of the Year"


Your reservation has been received. Thank you!

This item is subject to availability. Reserving this item does not guarantee receipt of it.