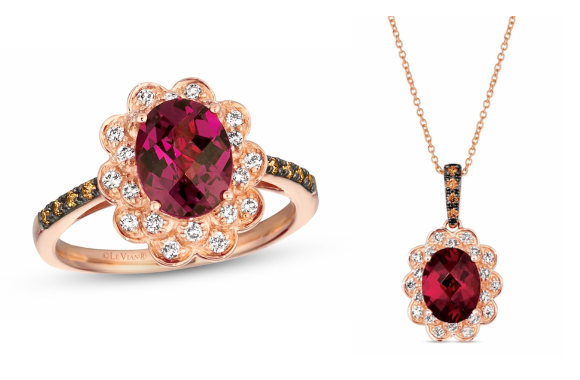 Once upon a time, diamonds were graded on a Gemological Institute of America scale of D-Z only. D diamonds are basically colorless, or what you would think is a white diamond, and Z diamonds have a somewhat yellowish hue. However, all diamonds on the D-Z scale are considered white diamonds. So where do Chocolate Diamonds® fit in?

Le Vian’s CEO, Eddie LeVian has this to say:

“While the GIA has traditionally been the most trusted source of graded diamonds, and while their way of grading white diamonds has been followed around the world, their way of dealing with natural fancy color diamonds, which speaks to the millions of hues, tones and saturations has left people with a disconnect with what is on a GIA report, and how the diamond looks.

Le Vian’s choice of which natural fancy color brown diamonds fit its criteria of Chocolate Diamonds is inspired by its belief that between the proper sourcing, clarity, and sweet spot of color, without too many modifiers is the way to define a Chocolate Diamond.”

Even though the fancy color diamond scale sounds like it was named by someone who was definitely not a scientist, the fact remains that an entire grading system exists outside of the D-Z scale dedicated only to fancy-colored diamonds. These fancy-colored diamonds, according to the Geological Institute of America, are anything that is not technically a white diamond. This is where the brown, pink, blue, green, orange and yellow diamonds live, among others.

The GIA has a variety of ways to explain the modifiers of color. Since the argyle mine produces a lot of true browns, as opposed to modified browns, the C1-C7 scale is the only real way to grade brown diamonds. While some collectors will pay a premium for different colors mixed in with their browns, the Le Vian Collections use a more pure brown diamond.

How Much Are Brown Diamonds Worth?

A brown diamond’s value is dependant on a variety of factors. Some of which are its intensity of color, inclusions, and if it is natural. Many diamonds come naturally with cracks or markings, more specifically known as “inclusions” occurring within the diamond. Many more are treated to remove these inclusions and improve clarity. A diamond that naturally does not have any inclusions visible under a power of 10 magnification, and is not treated in any way is tremendously more valuable.  Another factor in the value of a brown diamond is the Argyle Mine’s fancy brown diamond color scale. Should a brown diamond land between a C4-C6, and pass Le Vian’s other rigorous requirements to be considered a Chocolate Diamond®, the value of the brown diamond is increased dramatically. These are extremely rare. In the last year, the entire planet produced less than 1,000 stones that were .5 carat (5 points) or more and met the requirements of a Chocolate Diamond®, in contrast to equal size white diamonds of which 70 million have been mined.  All things considered, a naturally perfect, untreated brown diamond that meets the quality and color standards to be a Chocolate Diamond® can be very valuable, reaching a price upwards of ? million.

Another factor to note is the supply and demand of brown diamonds as well. Due to the rigorous process a brown diamond has to go through to be considered a Le Vian Chocolate Diamond®, the supply is very limited. The high color concentration, and low tolerance for inclusions make these specific brown diamonds incredibly rare. The Argyle Mine, which is the primary producer of brown diamonds that can meet these specifications is closing by the end of 2020 as well. The rarity in this case increases demand. Considering the rapid growth in value that Chocolate Diamonds® are receiving, we are seeing a rapid decline in value of the traditional diamonds, which has been disrupting the market and putting Le Vian at the forefront. 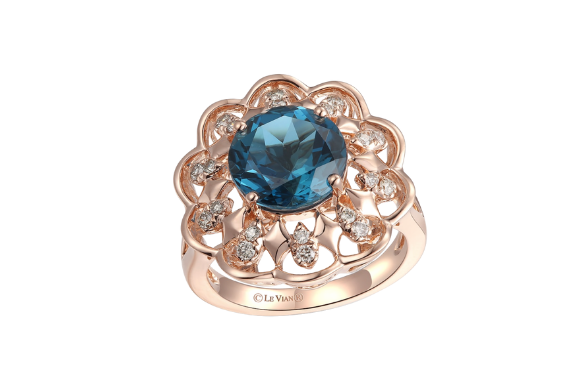 As the GIA added its fancy diamond scale, so did the American Gem Society add its Colored Diamond Document. The new diamond grading report presents the technical aspects and nuances of fancy colored diamond grading in a way that even the average consumer can understand.

This document breaks a diamond’s color down into its various components, including intensity and accents, as well as character. A character grade of a diamond takes into consideration the overall appearance, intensity, accent colors, accent strengths and distribution of color and depth.

You Can Shop for Colored Diamonds Assured, and Rest Easy 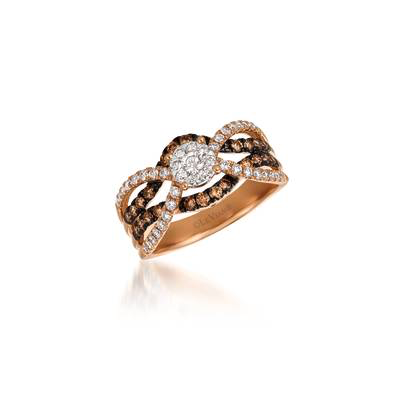 Thanks to new criteria for Chocolate Diamonds®, which allows qualified jewelers to better understand the value of a Chocolate Diamond®, you can get the best value and be positive that what you're actually buying is, in fact, a Chocolate Diamond® and it hasn’t been altered or changed in a lab. After all, there’s so much more to these brown diamonds than just their color, and when you’re shopping for a diamond this special and this rare, you want to know it’s the real deal.

The Le Vian Certificate of Authenticity

The Le Vian Certificate of authenticity is not easily earned. Le Vian only considers the highest quality of diamond to be one of their own. Le Vian expects a certain level of quality in the color, clarity, cut, and carat of their diamonds. Le Vian is so confident in their quality standards that they are willing to repair or replace any piece of jewelry that they have sold to you, which proves that they believe in their product. Rest assured knowing that when you buy a Le Vian diamond, you are receiving the best of the best, the elite in the jewelry industry.