Throughout history, sapphires have always been associated with the color blue, perhaps most likely due to their name, which comes from the Greek word sappheiros (blue stone). Traditionally, sapphire symbolizes truth, sincerity, and faithfulness. In history, clergy members wore the gem to symbolize Heaven. In ancient Greece and Rome, the royals believed sapphires protected them from envy and harm. Sapphires have also been closely associated with romance and the royals, most recently in modern times. In 1981, Prince Charles gave Lady Diana Spencer a blue sapphire engagement ring. The same ring was later given to Kate Middleton by Prince William

But all sapphires are not blue and, in fact, come in a rainbow of colors including varying shades of blue as well as “fancy sapphires” in pink, yellow, orange, lavender, purple. Blues can be pure blue but may have a range from greenish blue to violet blue. The blue in a sapphire is the result of trace elements of iron and titanium; the more iron in the sapphire, the darker the blue.

Le Vian® offers both classic and contemporary looks with its Blueberry Sapphires® which were chosen from mines in Mozambique. 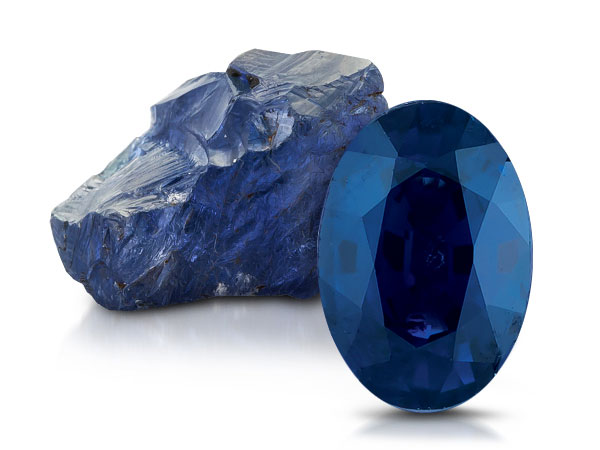 "Le Vian® utilizes exacting standards for its genuine sapphires, choosing only those with a rich royal blue, blueberry flavor for designs which feature the September birthstone"

The journey of a diamond in the rough to the sparkling diamond design you love is a fascinating story, one that began billions of years ago, deep within the earth where a diamond has formed under extreme heat and pressure. Its ascent from its natural home is forced by nature or man where it is then cleaved, cut and polished revealing its natural beauty. Diamonds are the hardest material on earth and the only gem that is composed of only one element, carbon.